Posted by Michal at 8:58 PM No comments:


Theo's been rolling over most of this month, but we haven't gotten around to posting the video!
Posted by Michal at 6:19 PM No comments: 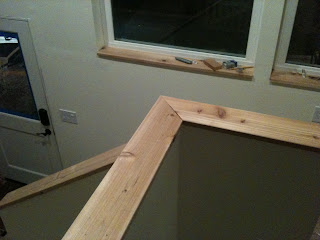 Finally getting around to doing a bit of the trim work.
Posted by Michal at 10:19 PM No comments: 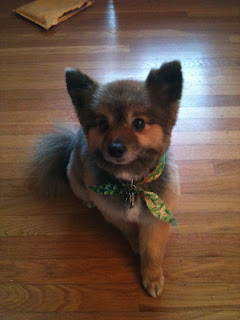 Like a little puppy.
Posted by Michal at 5:46 PM No comments:

Swinging at the Park 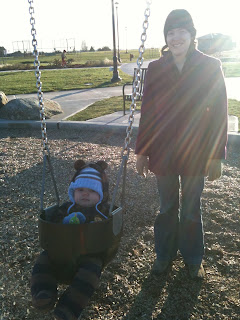 A very cold day with a frigid wind!
Posted by Michal at 5:45 PM No comments: 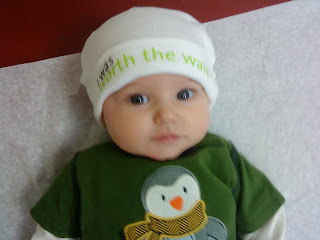 Theo weighed in at 13 lbs and 9 oz which puts him in the fifthteenth percentile. He is in the 75 percentile for height at 25.5 inches tall and advanced on all developmental milestones.
Posted by Michal at 11:15 AM No comments: 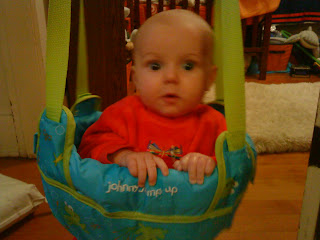 Theo is a bright, active, happy, well-rested and fed four-month-old boy today! It's very exciting for everyone. His favorite color is definitely red and his favorite toys are his Owlie and Charlie Brown, with the green circle rattle a close second for ease of grasping. He can get just about anything to his mouth now, and loves standing up. In fact, if you give him two hands, he will skip right over sitting and go straight to standing. He hates putting his arms into clothing and doesn't think much of everyone being out of his sight. He laughs when you tickle him under the arms, on the belly, and under his chin, and adores having a conversation and being the center of attention. He responds to his name when called and likes watching both Tetley and Rocket. He's got a bit more red hair and his eyes are still blue. To celebrate this special day, we took him snowshoeing for the first time and introduced him to the Johnny Jump Up.
Posted by Michal at 9:06 PM No comments:

We started sleep training for Theo this week. Overall he has done really well, and he now naps during the day for 35 minutes to an hour and half at a go instead of 20 minutes with lots and lots of assistance (bouncing, pacifier, shhing, etc.). He sleeps tolerably well at night, too, and seems in general to be improving. At the very least he's not up every two hours, which got old very quickly for everyone. As a bonus, he often wakes up cooing and happy now instead of upset.

Our trip turned out differently than we expected, but we did make it to Atlanta for two weeks in mid January to see family. The photos turned out exactly like we expected - very cute. Thanks to everyone who made it to the christening, the visitation, and the funeral, as well as for all the fabulous gifts for Theo. We appreciate your love and support.
Posted by Sarah at 2:37 PM No comments: