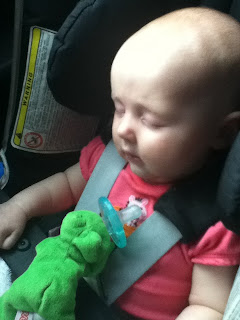 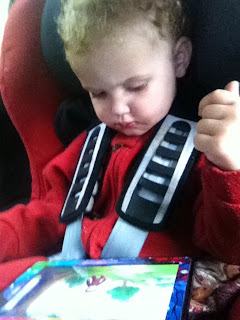 We made it. The kids did super awesome. Turns out the plane ride was the easy part. Theo had a lot of trouble before getting on the plane because he was tired and extra excited by all the airplanes.

Once we got in the plane there was lots of confusion. They put us in seats together in bulkhead with another infant in the third seat next to us (so there were six of us in the three middle section seats of the planes). They told us this at check in and we said fine so we could get one of the two bassinets.

But it turns out that not only is there only one bassinet, but you absolutely can't have three lap children in the same row. They found a window seat on the entirely full plane 17 rows back. Michal moved with Theo who really wanted a window and the two babies (the other boy was 5.5 months old and traveling with just his mom) stayed together with an empty seat in between so that we did not exceed the maximum people per row.

The babies loved each other. Vivian tried so hard to get him to talk but apparently he isn't much of a talker. She charmed everyone around us too. She went to sleep at 10 pm and slept the entire rest of the flight, for almost 8 hours of the 10 hour flight. She only woke up when I had to get up to leave the plane. She barely fussed before that, and same for the other baby not fussing much.

We saw Theo only once during the flight but did not hear him which was great. They only slept four hours but considering that, Theo was in decent shape. He had a few more fits waiting for baggage but nothing sleep wouldn't fix.

Thomas found us easily and we breezed through customs. We got everything in the car and didn't even have to carry anything on our laps.

The drive to Kassel is about two hours. We were due to arrive at 5:45 pm, making good time. Then a tractor trailer caught fire and they closed the entire expressway we were on. We learned about via navigation system 2.5 kilometers past the last exit to detour.

And so we sat, all five of us and all our stuff in a car. The first two hours were not so bad. We were parked and Theo went for a walk with Michal and Vivian nursed. I even got out of the car (a major undertaking as I was in the back between the two car seats). Of course we started moving five minutes after that. But it was a false alarm. We spent another two hours or so moving maybe 500 feet every fifteen to thirty minutes - just often enough that we couldn't let anyone out.

Once we got by the accident after they reopened the expressway it took 30 minutes or less to arrive. We got to Kassel at 9:57 pm, 4 hours and 10 minutes later than expected, after about six hours in the car. In other words it took more than half as long to go from drive as it did to fly.

Everyone slept in the car the first hour or so we were moving though and we still had lots of food, some drinks, and entertainment. Both kids were super stellar stars. Theo did not do his high pitch scream even once and Vivian cried only when hungry. She was thrilled with the crinkly plastic bag containing plastic cutlery from the plane and Theo had electronics and stickers and toys.


We have never been so glad to reach our destination before though.

Here are the kids in the car in traffic.
Posted by Sarah at 12:31 AM No comments: 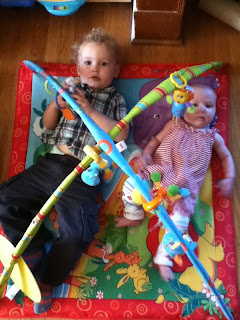 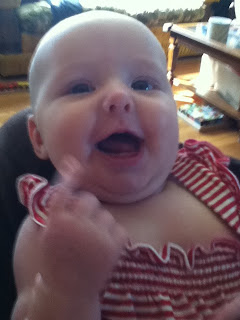 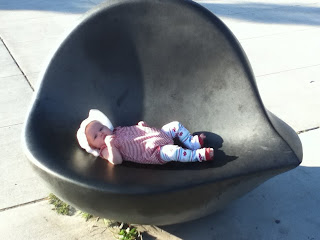 Vivian is 100 days old today! We celebrates with dinner at The Spaghetti Factory. Vivian got milk.

If I had to pick only three words to describe her personality they would be mellow, inquisitive, and sociable. She is laidback and willing to go with whatever regarding most things. Exceptions are hunger and car trips. She is super interested in people, places, and things going on around her and very attentive as a result. And she hates to be left alone, and adores smiling and talking to anyone she can charm into a conversation.

We love you Vivian!
Posted by Sarah at 10:30 PM No comments: 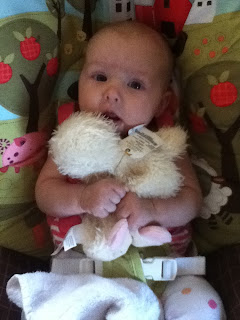 Vivian got this super soft little chick today from friends and she is really into it, even transferring it from one hand to the other and tasting the tag. They are super cute together!
Posted by Sarah at 7:41 PM No comments: