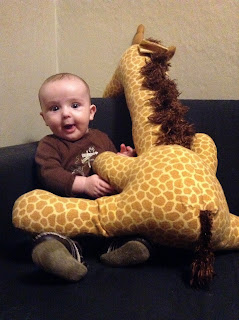 Xavier is five months old! Since I never got around to posting his four month stats (and since there won't be any five month stats officially), I'll start with those.