One Was Johnny by Theo 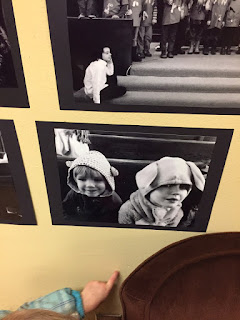 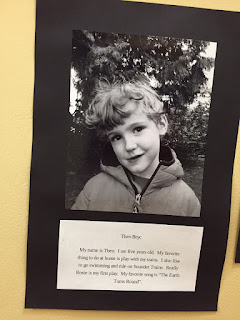 I have zero photos from the show itself mostly because I was handling Xavier and Vivian (who shockingly survived the almost hour long elementary school production). But here's Theo singing the song his "beginning room" class performed (by himself in the car on the way home so audio isn't great) as well as a couple photos featuring him. The production was Really Rosie by Maurice Sendak, and Theo was one of two dogs (each role was assigned to two kids) in his twenty kid classroom. They performed the song "One Was Johnny" and acted out the motions. Theo re-used his coyote costume for his dog role in his first-ever performance in a play. (He also performed in his holiday concert at preschool at age 3, where he was one of three kids out of twelve willing to talk into the microphone to introduce songs then.)