We just returned from a whirlwind four day trip to St. Louis. I haven't set foot in the city since I graduated so there was lots to see and do. We arrived Tuesday evening and settled into an AirBNB on the south side. We ended up splitting activities into two per day, and we kept the kids on pacific time so they were on a 9am wakeup / 9pm bedtime routine.

Wednesday
We started our journey on an 88-degree day with a visit to the Museum of Transportation. It was mostly focused on trains which was very much to Theo and Xavier's liking. The visit started with a 20-minute ride on a train followed by exploring a lot of the train cars and locomotives on display. 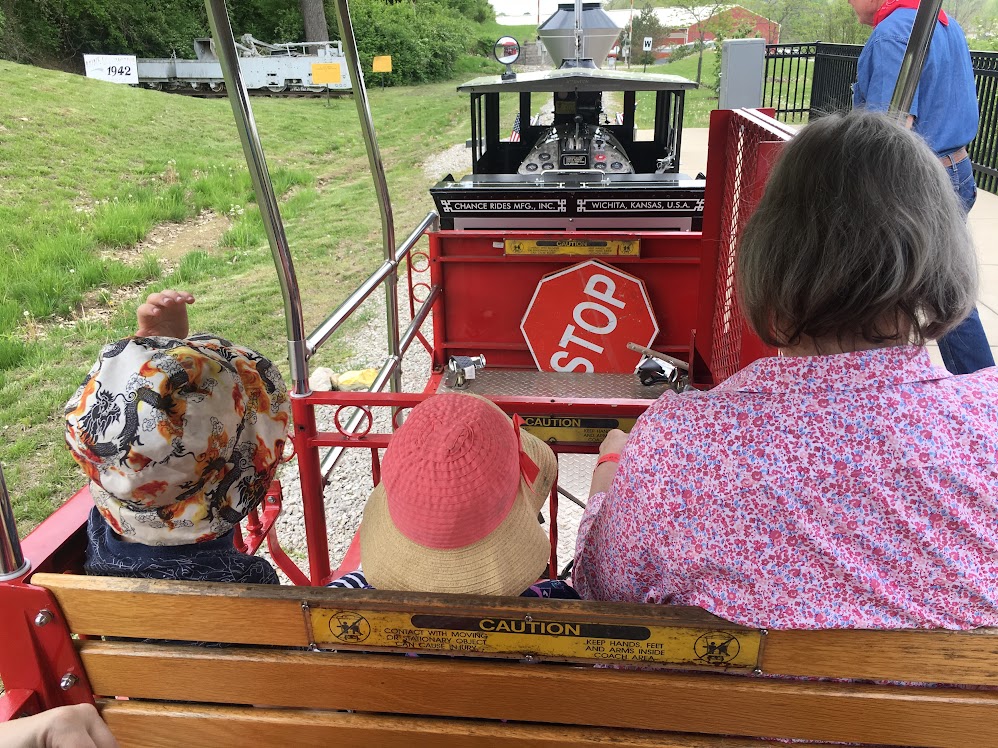 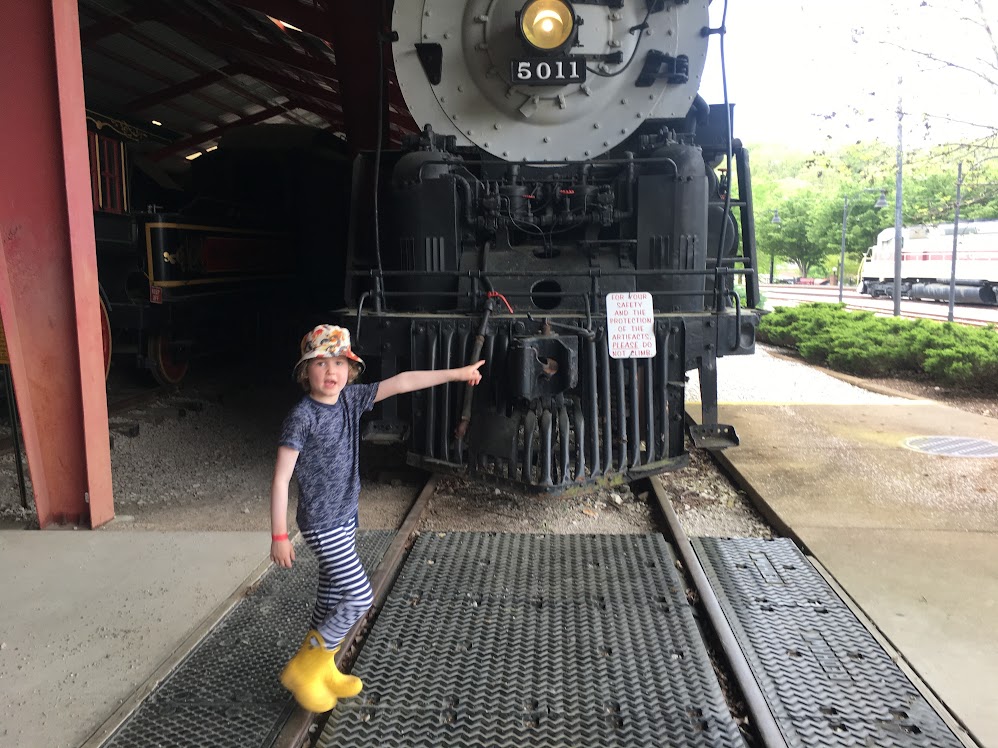 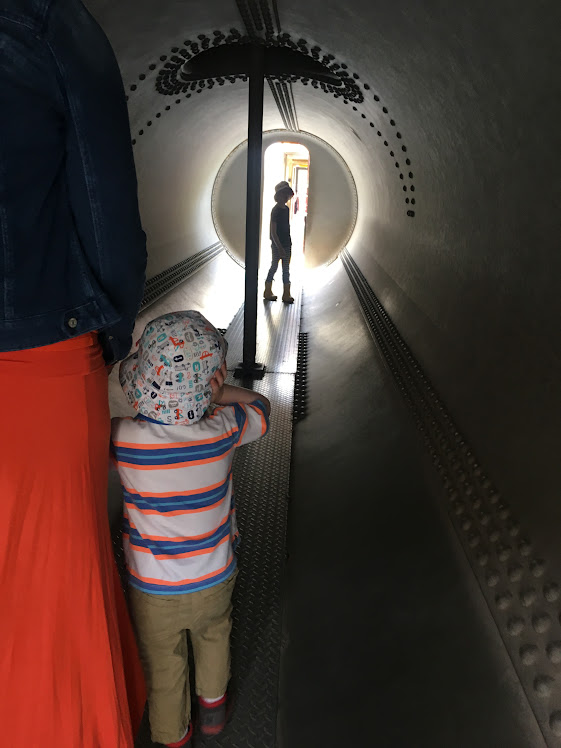 The afternoon consisted of a visit to Forest Park, with a stop at the Jewel Box, a fancy conservatory built for the World's Fair in 1904 (it was closed when we got there) and a visit to the playground. 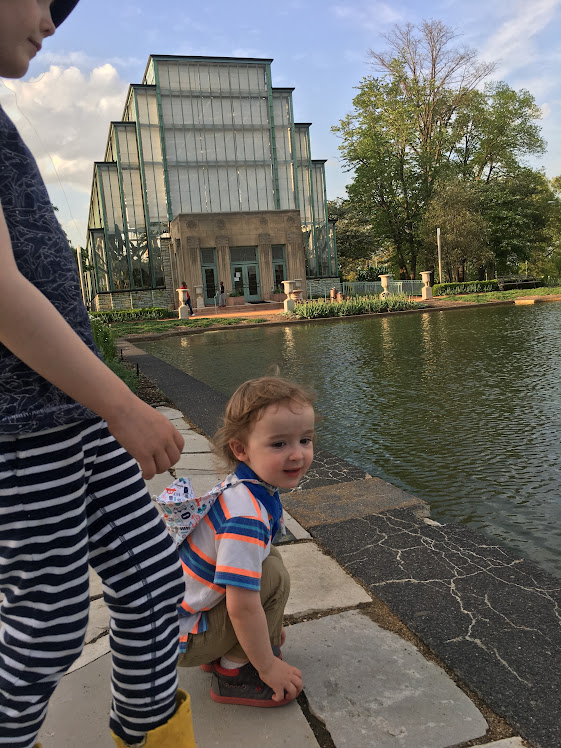 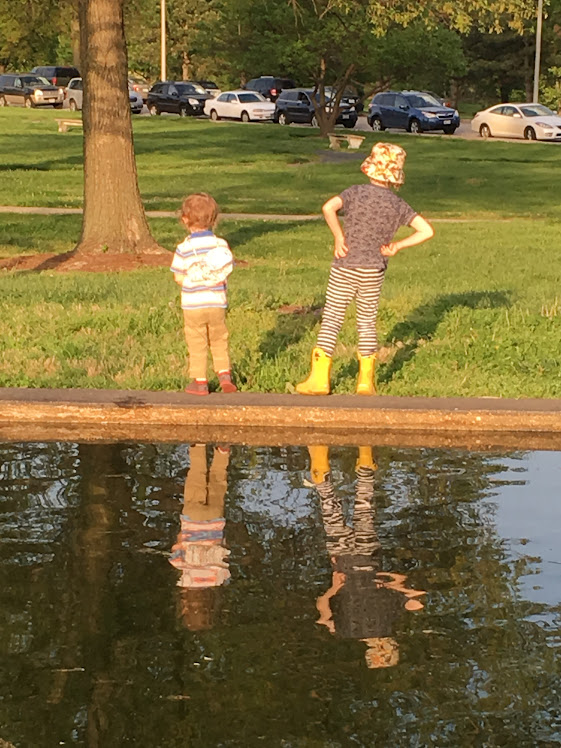 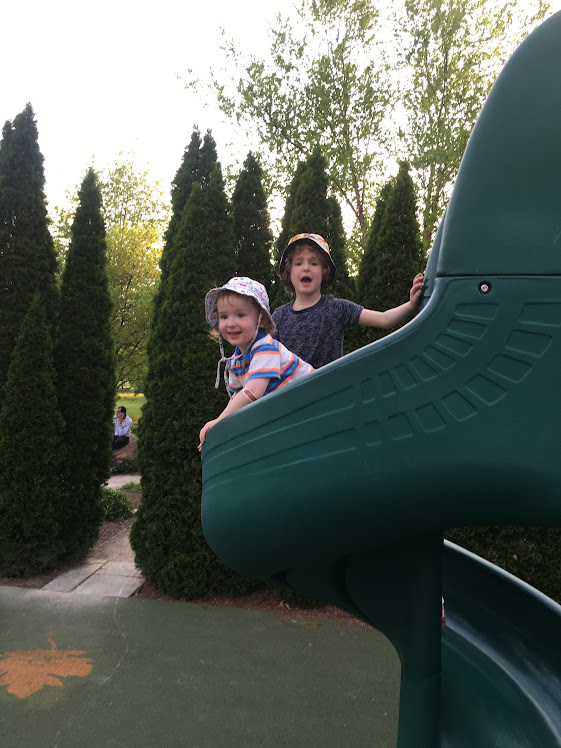 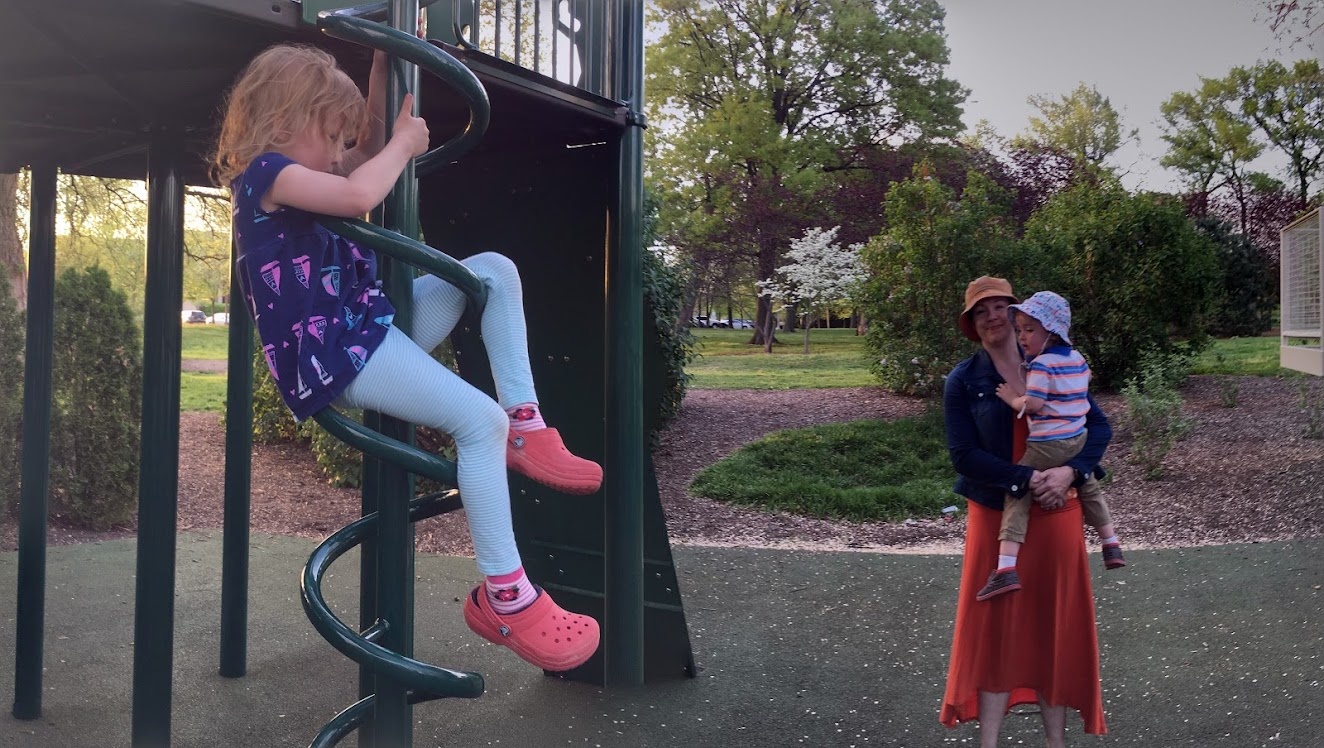 After the kids were in bed, Sarah and I snuck off to Ted Drewes for some frozen custard.

Thursday
We got word that the Gateway Arch tram opened on Wednesday (it had been closed since November for renovations) and we hightailed it to the arch. 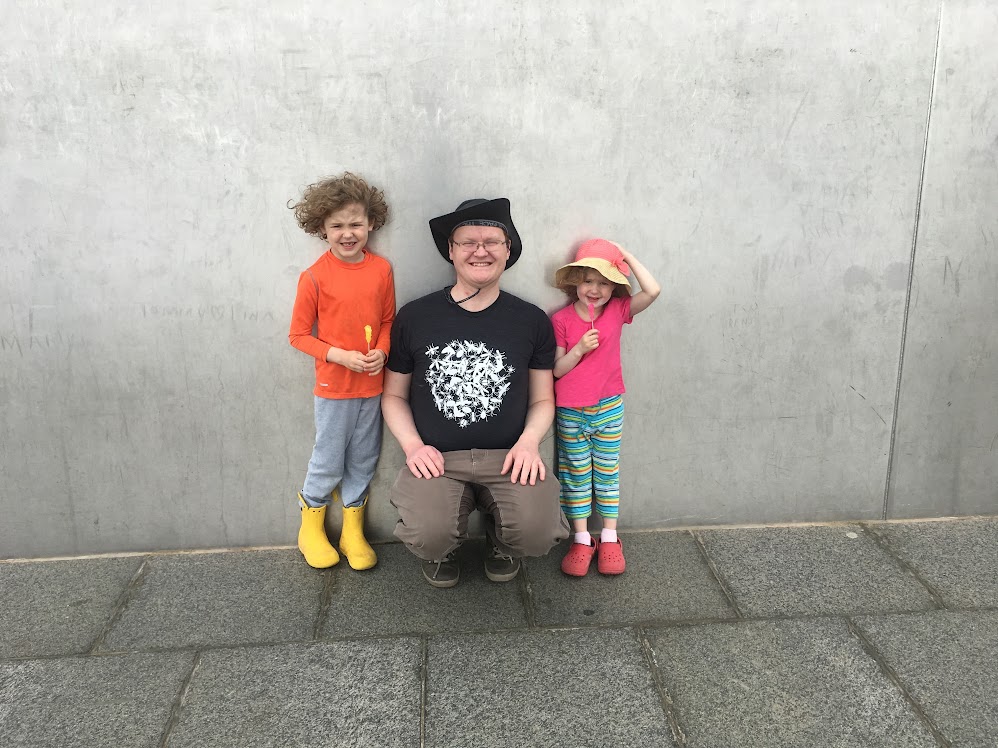 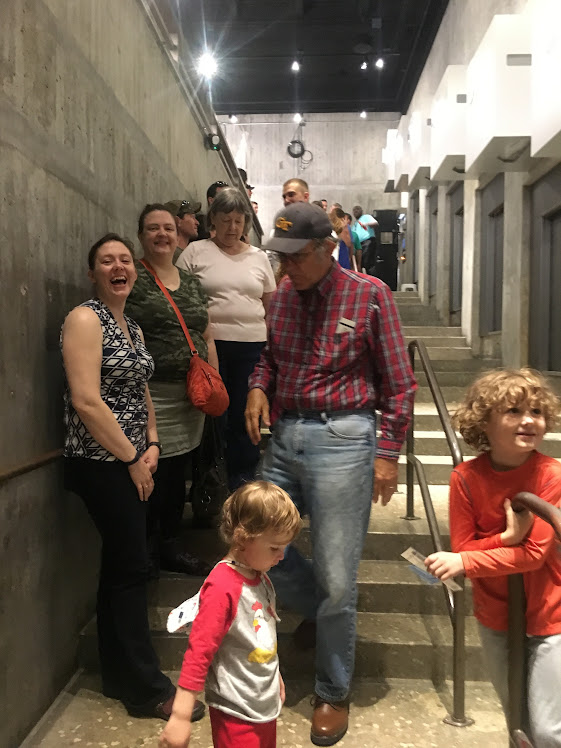 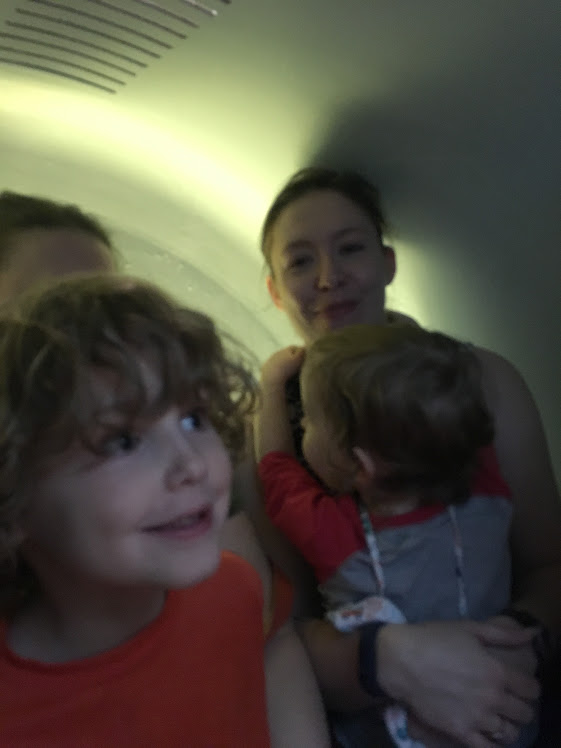 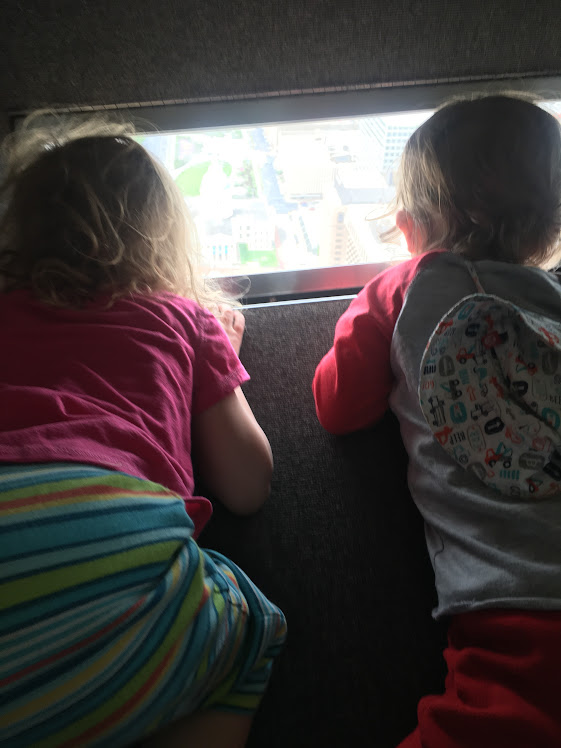 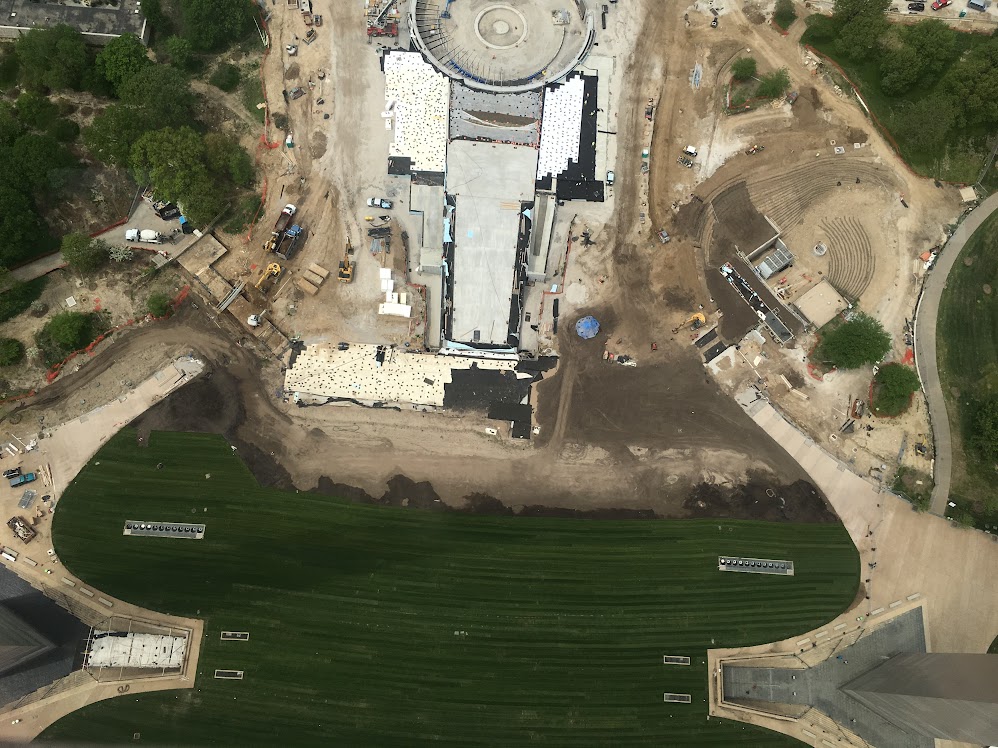 In the afternoon we left Xavier with the grandparents for his nap and took Theo and Vivian to the Anheuser-Busch Brewery Tour, which had a special photo-op with a Clydesdale horse for an hour at 3:30pm. Vivian particularly enjoyed it, and we got to see the stables on our tour. 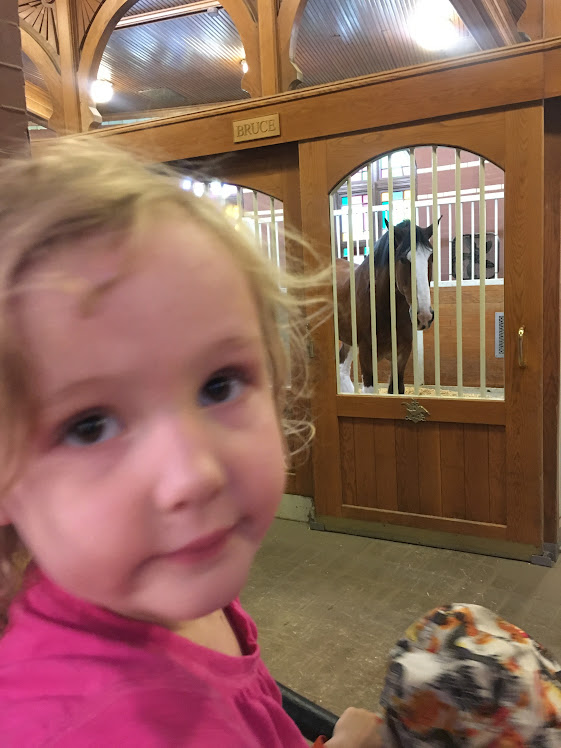 A final free sample in the biergarten and we were all done with Bud! 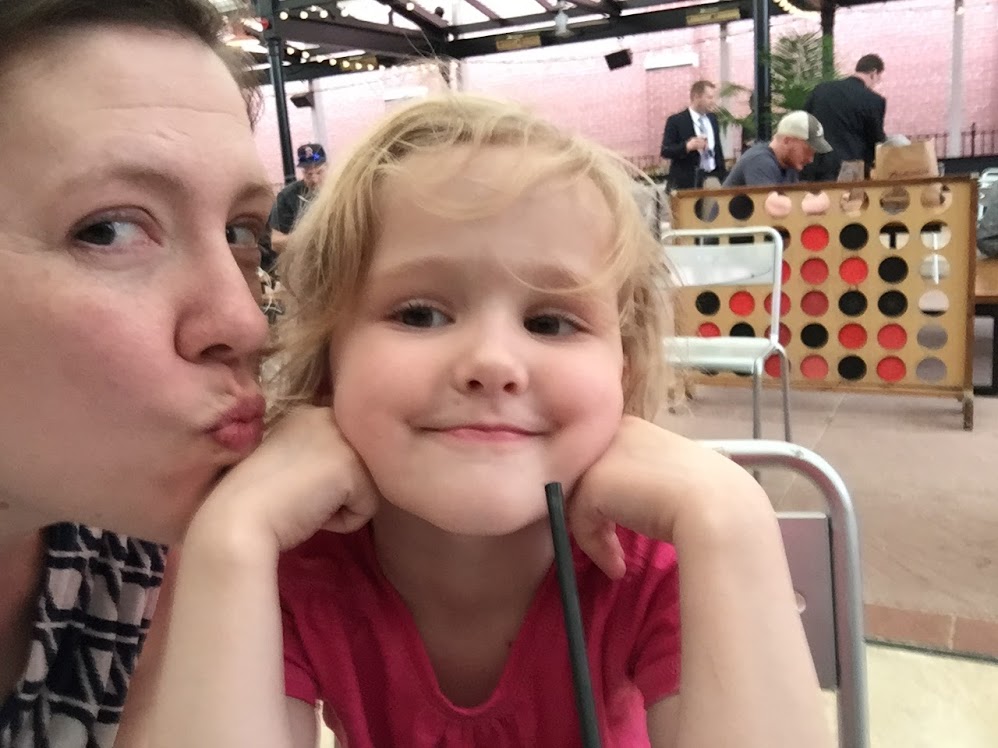 It's important to note Sarah's birthday which of course we celebrated.

Finally we wrapped up the evening with a game of freeze tag in a nearby park. 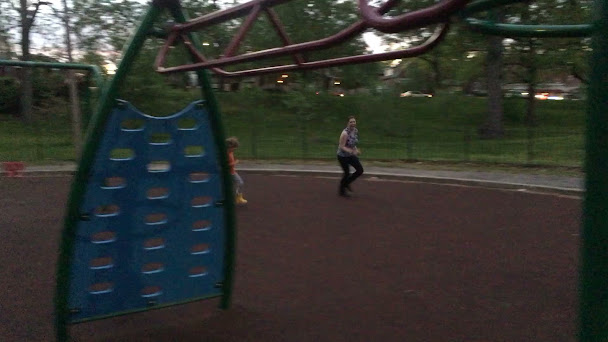 And I snuck out to WashU to take a look around: 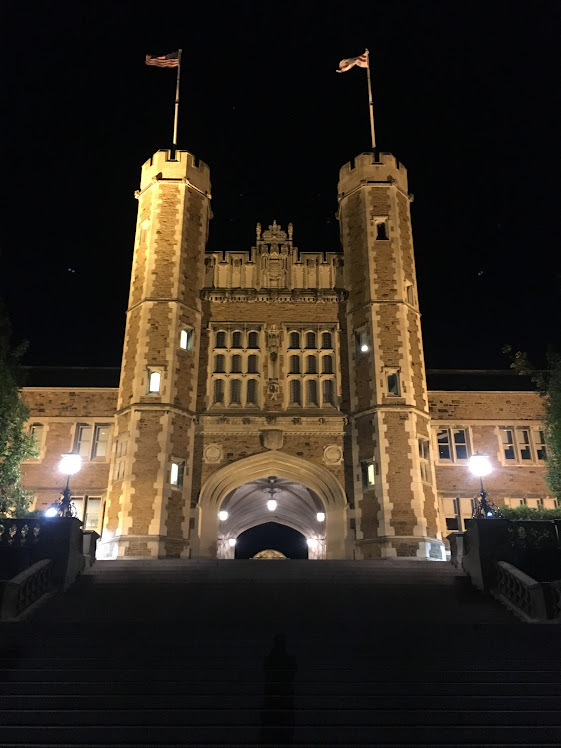 Friday
Friday morning we set out for the City Museum, which was overwhelming to most adults (who left immediately) and also to Xavier (who left with the rest of us but I took Theo and Vivian back during Xavier's nap). It's mostly a giant playground (for teenagers if you ask Sarah). 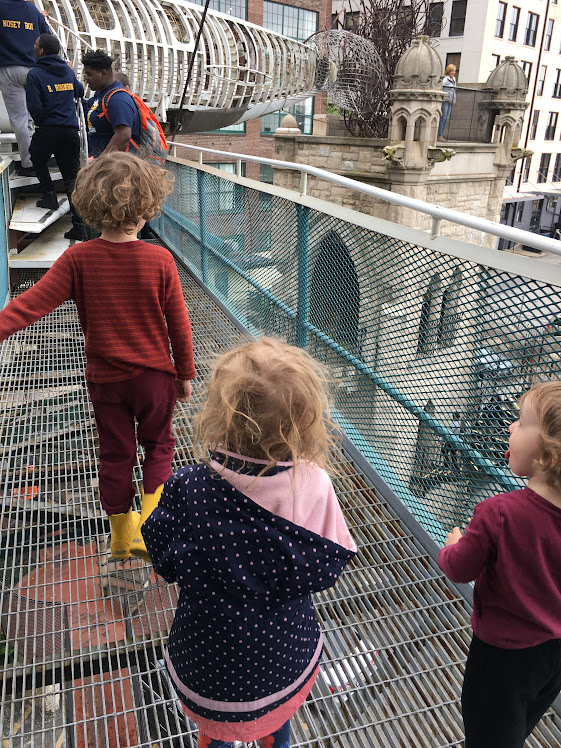 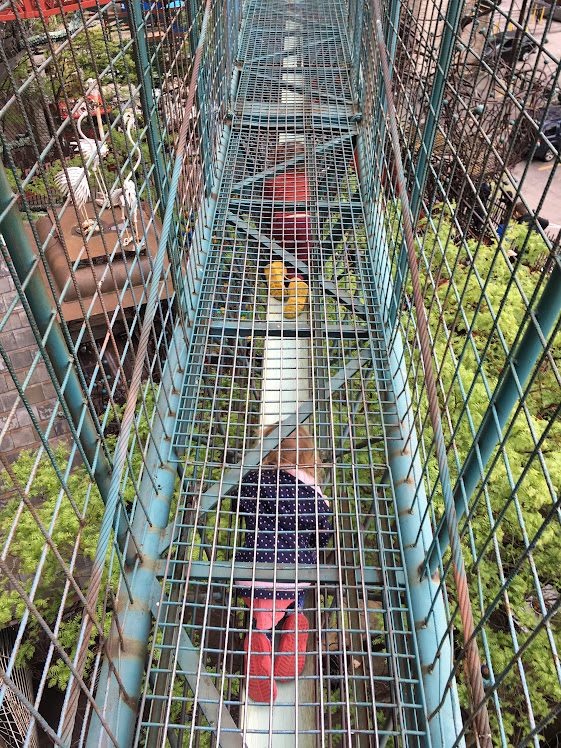 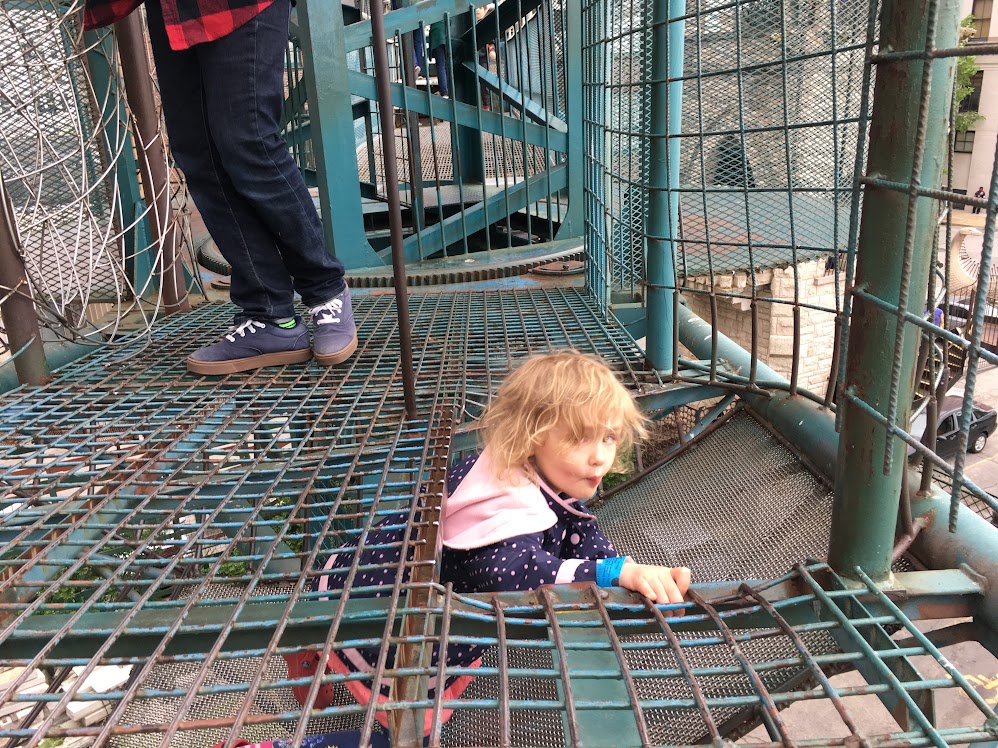 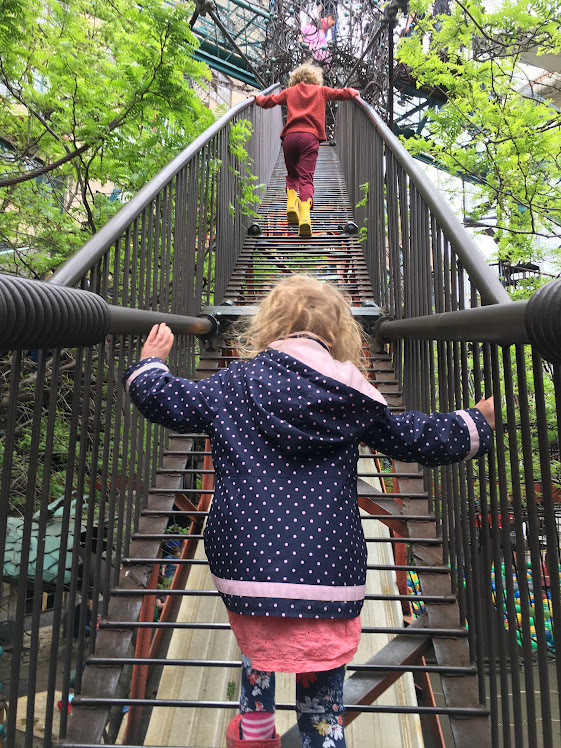 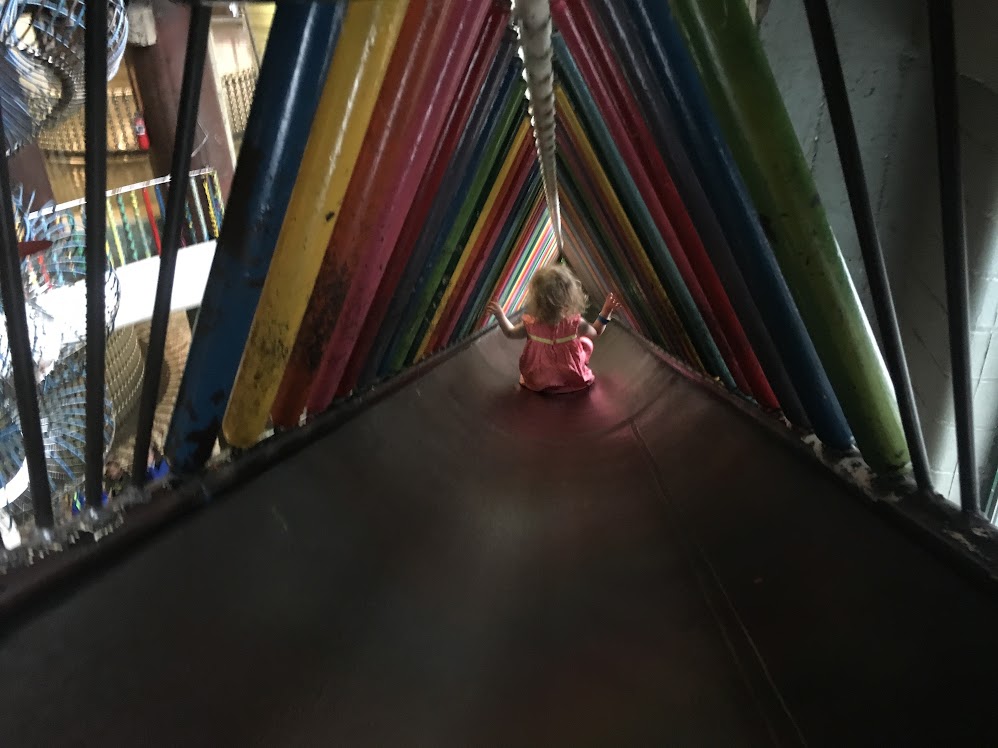 That evening I had my first official reunion event, "Cocktails with Classmates". Ironically it took place in the law school building where I'd never set foot, and had beer and wine instead of cocktails. Go figure! 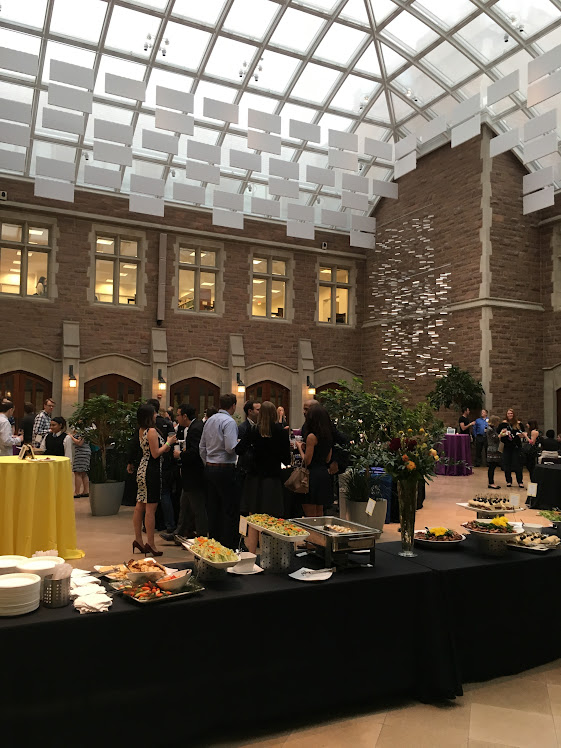 Saturday morning Sarah's family left to make the journey back to Atlanta. We took a family photo and then we headed to Thurtene Carnival. Afterwards I took the kids to the Alumni BBQ which was moved inside the athletic complex due to "inclement weather" consisting of 55 degrees and overcast skies, while Sarah took a walk. The balloon artist was phenomenal! 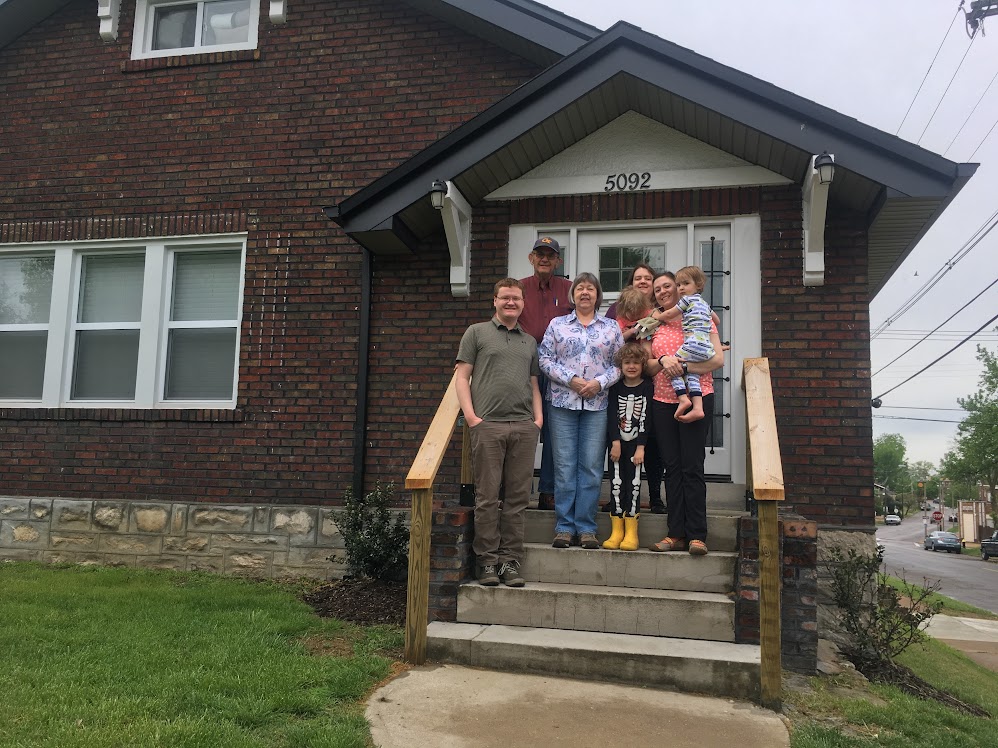 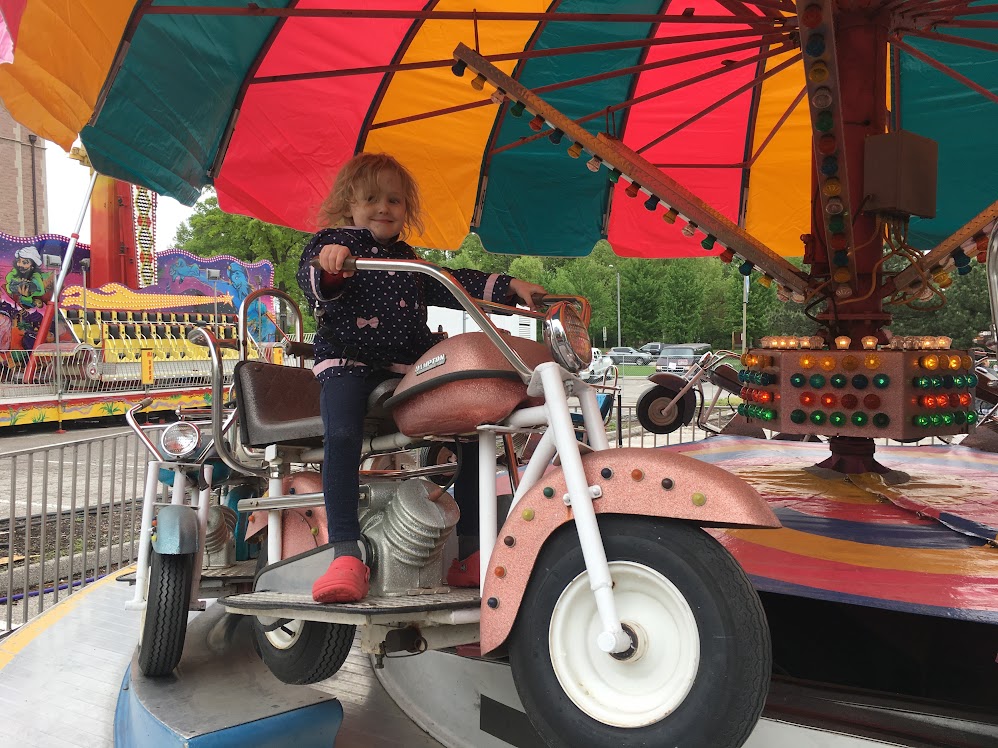 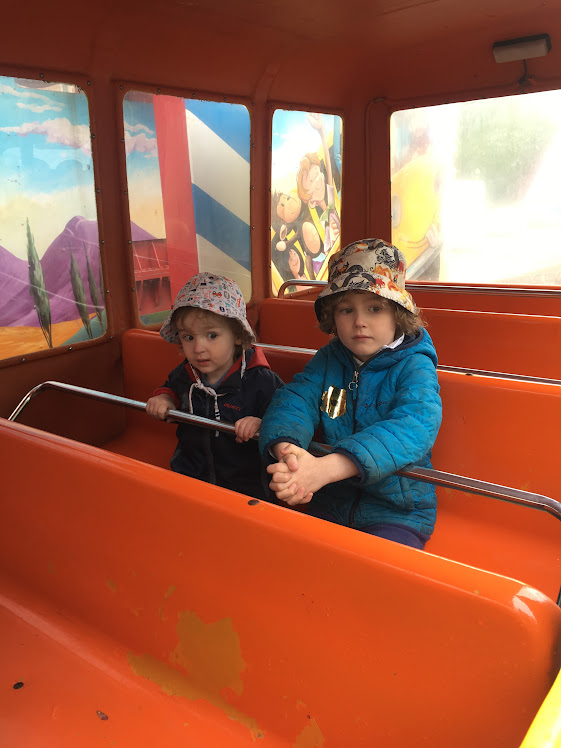 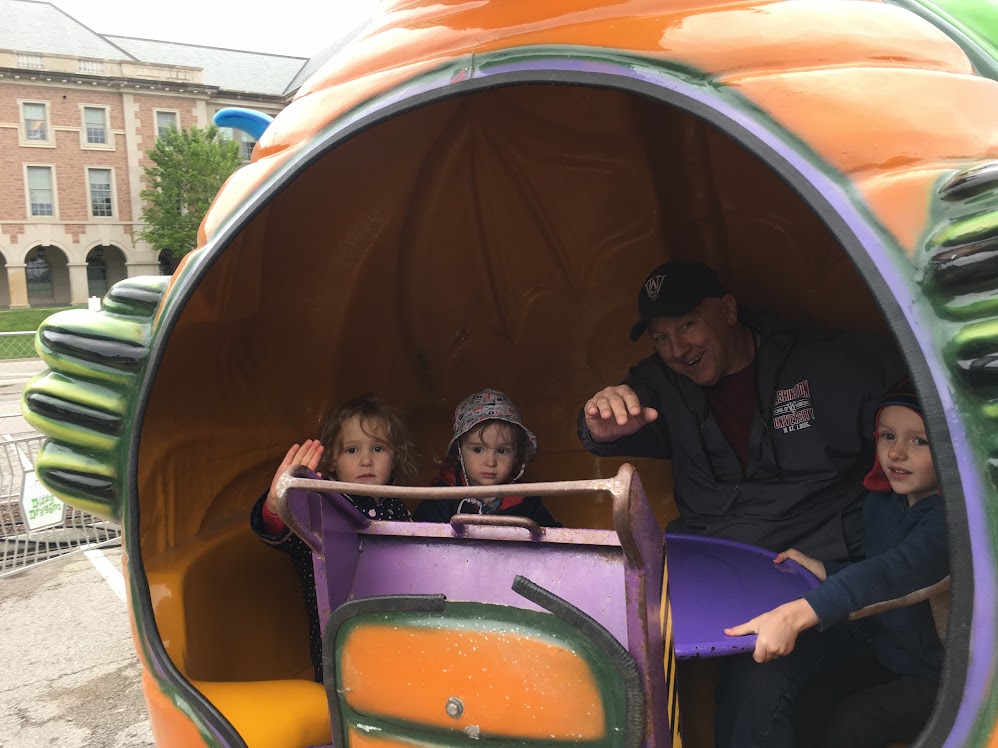 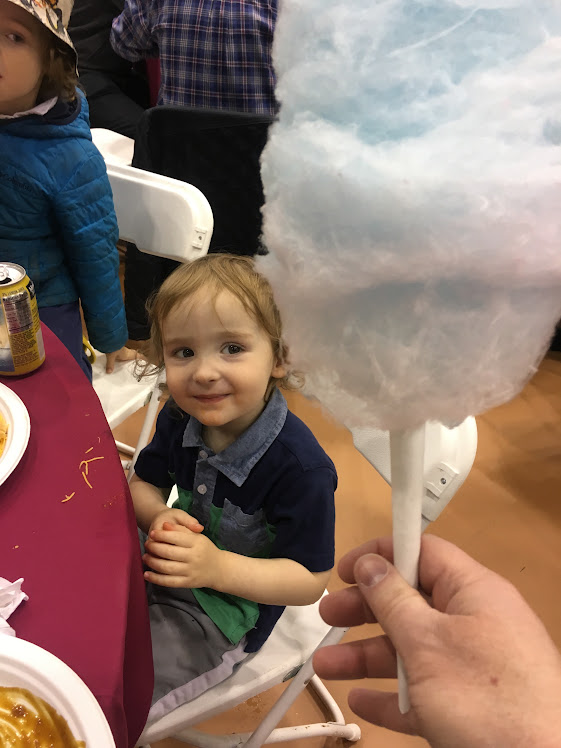 One final stop at the STL airport playground and we're off back to Seattle! 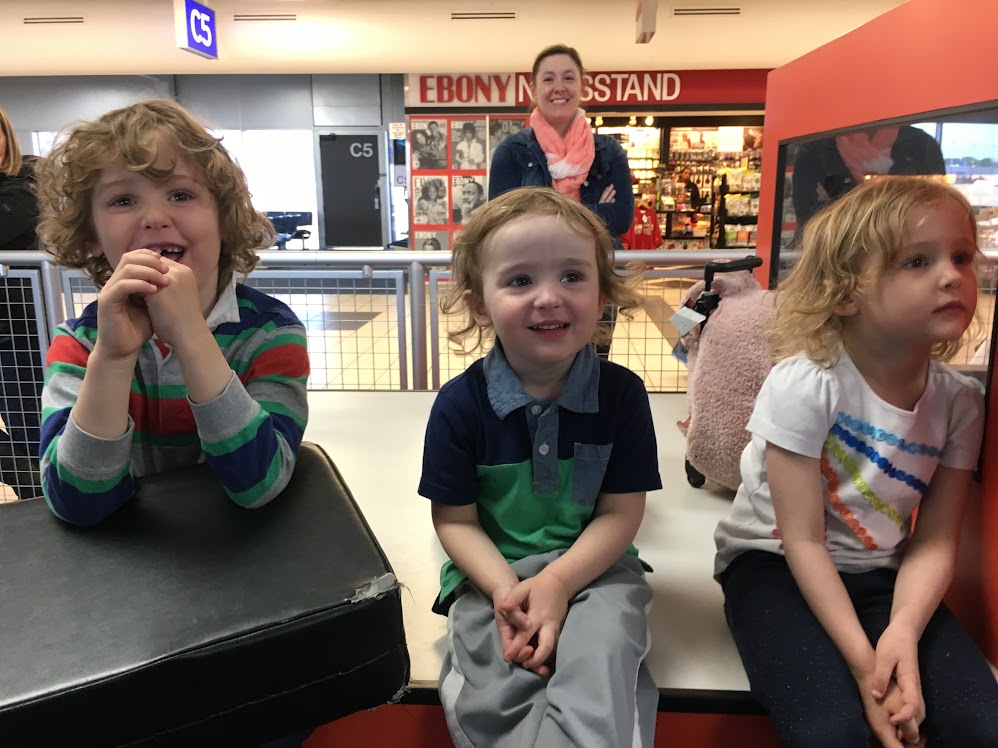 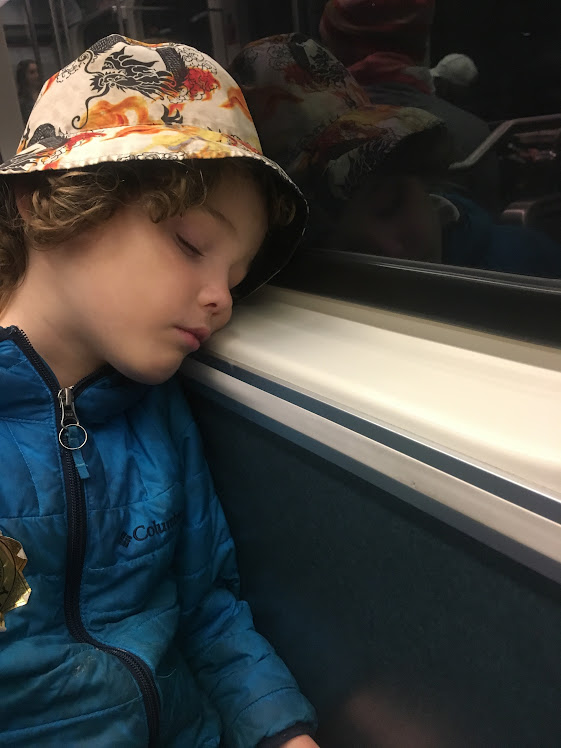