I wrote down a nice summary of Vivian at four years old, but clearly failed to ever post it. So now, almost a year later, here's the update. (Might as well make way for me to get the five year update done late, too, right?)
Vivian has hit the big four-oh - four years and zero months that is. I'm in denial, as usual, that our sweet little girl is already four years old. Where does the time go?!? 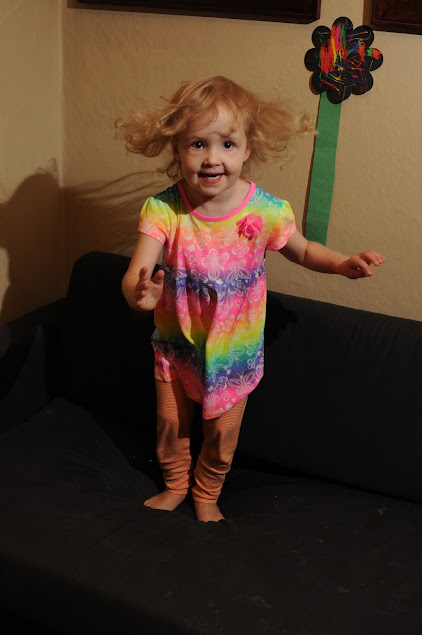 Vivian loves her baby brother and her baby doll pretty much in that order. Here's what I wrote on this year's birthday party invitation: Vivian loves diggers, horses, biking, and the colors pink and green. That pretty much sums her up nicely.

She choose to have a pool party at the community pool again this year and invited all her friends. The local spray park also opened right around her birthday, so we spent some of her birthday weekend there. Neither Theo nor Vivian seemed to mind playing in cool water while wearing fleeces because it was only 60 something degrees outside.

In the biggest news, Vivian finally potty trained back in November. I can't remember if that was before or after her half year update, but it's big news around here. We are down to one child in diapers. And boy how she loves diapers. She loves to help change her brother and all the kids at school. Speaking of school, she is enrolled in her last summer session at her preschool and will graduate in August. During the summer, kids are mixed ages, unlike the stricter age range during the school year. So the kids range from brand new two year olds to the over four almost graduates like herself. She loves the you get kids wearing diapers ("we changed nine diapers today!"). 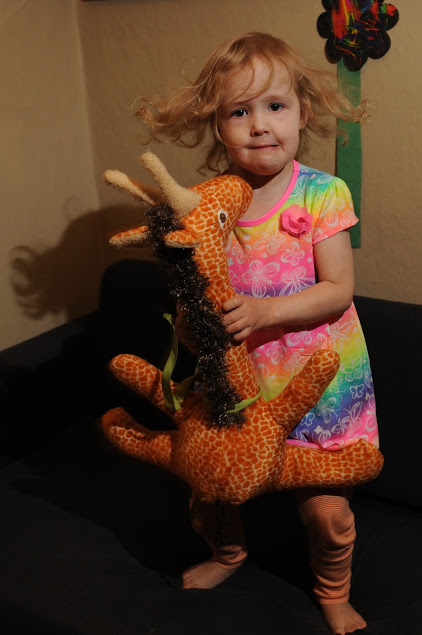 She not only loves to help change diapers, but loves being a big helper in just about anyway. If you ask for a helper, she's first in line. I can also frame things so that she's helping me and she gets right to it. Otherwise, though, she hates being told what to do. She also hates Theo's commands, which are a regular occurrence in our house.

She loves, however, playing school and bed and time out. Her favorite activity during Katie's month long visit with us was to put her in jail. Katie didn't seem to mind, especially if she had a book. I personally prefer the bed game, though it never lasts nearly long enough. 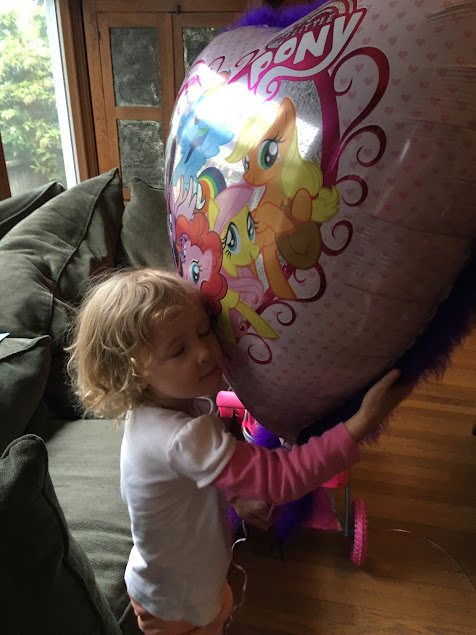 Vivian also likes to speak "in Polish", ie she makes up words and says she's talking in Polish. I find that irresistably cute.

At her four year check up, Vivian measured 30 lbs and 8 ounces, which means she topped 30 pounds for the first time! Way to grow Vivian! That puts her solidly in the 13th percentile for weight, whether you ask the WHO or CDC for stats. She is 39 inches tall (34th percentile for CDC, 19th for WHO) and they don't measure her head anymore. She got several vaccines, but remained completely stoic for that experience, which is a pleasant change from her sibling's drama.

Vivian likes "reading", where she finds words she recognizes and reads them to me. I pay a penny per word, which started as part of Theo's school read-a-thon, but of course Vivian is the one who's completely taken to it. She also loves spending her money. She took her Easter money and bought a pink stuffed rabbit (on clearance after the fact) called Easter buns, a Helly Kitty toothbrush that came with a keychain, and a small bumpy pink light up ball, plus a lollipop for her older brother so he wouldn't "be sad."


Her favorite foods are shells and cheese or any pasta really. For her birthday lunch, we took her to the
Spaghetti factory. 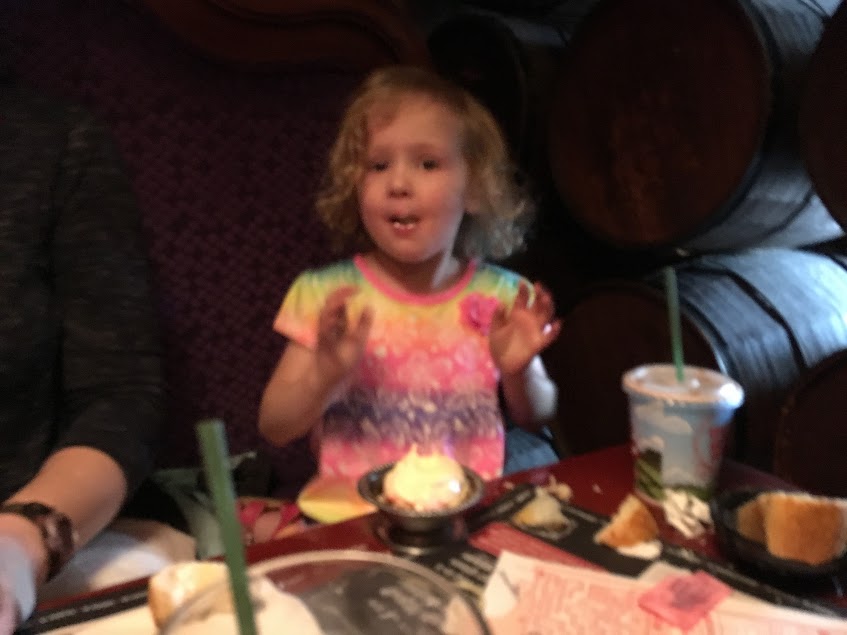 At her birthday party, she had a cake with ponies, ponies, and more ponies, and they featured prominently in her balloons as well. We got her a pink backpack which she adores.

In the last few weeks, she's dropped her nap. She's definitely not a morning person, which she comes by naturally. If we are at home, she has quiet time in the afternoons followed by half an hour with her Kindle. At night, she's in bed around 7:30 most nights. For her birthday, she got her very own "big boy" bed, which is a loft bed built custom (it had to be, to fit in the room with Theo's). She got to the choose the paint colors and went with pink for the bed with a green ladder. That also freed up a crib for Xavier to move into the kids' room, which Vivian mostly loves. She's not a huge fan of the crying but loves having him close by otherwise.

Vivian's gotten very good at riding her bike, both the balance bike and her new bike with training wheels, which she won as the grand prize at the Easter egg hunt at our local grocery store. She's so pleased with it, and can really go. She writes very nicely for her age, and enjoys any and all art projects, like writing, coloring, and dot to dots.

Overall, she's a sweet fun loving girl and we couldn't be happier with her! For all the photos, go here.
Posted by Sarah at 9:33 PM