Xavier loves chickens. He can distinguish between a rooster, a hen, and a chick. He loves picking up the eggs from our chickens and can carry them in and put them in the container in the fridge. 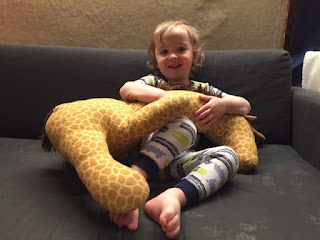 Xavier also loves balls. Any kind of ball will do. He sleeps with his favorite basketball but also with a wide selection of other balls. He really enjoys hitting the plastic baseballs off his tee with his bat. And he's good at it. He's happy to just hold and snuggle a ball but likes to play catch and see pictures of balls and read about them as well.
He sleeps with his lovie which is a little Taggie blanket he's been loving since he was old enough to have items in his crib. It's the one thing that he needs to sleep though he often requests something to drink as well. 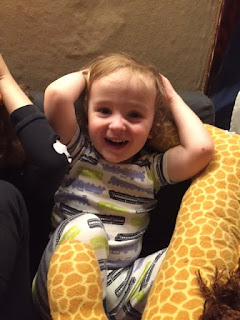 Xavier loves reading books. Because he's seen his siblings reading to me, he has several of his favorite books memorized and can "read" them to me. We read 6-10 books every morning, usually after his brother and sister have gone to school and I'm having breakfast.
Xavier loves to eat. He will refuse something based on the wrong person (i.e. not mama) bringing it to him or because he has the wrong color spoon. But when it comes to actual food, he likes to eat. He spends most of the morning grazing after his breakfast at 7 something. He likes to have a bit of whatever I'm packing in the big kids' lunches. Then he usually has a snack and juice while we are out on our walk or running errands. He eats lunch around 11:15 because otherwise we don't have time for him to sit for 20-30 minutes eating because he needs to nap between 12 and 3 (pick up times for his sister and brother respectively).
He sometimes has an afternoon snack, but eating really slows down after nap. He's generally good to go for dinner around 6 regardless of any afternoon snacks though. 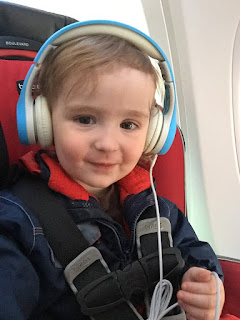 His favorite most requested foods are cheese quesadillas and macaroni and cheese. At restaurants he almost always pick macaroni and cheese if that's an option. He loves chocolate milk but generally prefers juice of any kind or even water to milk. And he adores hot cocoa, which he's had plenty of this winter with our abnormally cold and snowy weather.

Xavier naps about an hour each day, though once a week or so he has a longer nap, around 2 or 2.5 hours. He goes to sleep around 7:30 or 8 most nights because the kids spend half an hour or more after their 7 pm bedtime playing and talking. He will wake up about 11.5 hours after he goes to sleep when left to his own schedule, but often his older brother or sister wake him up when they get up.

Xavier is wearing underwear which is big news! He's been sitting on the potty since last August and able to pee or poop every time he sits down but he was also still going in his diapers or pull ups. I finally bit the bullet in February and switched him to underwear. He's almost 1.5 years younger than when either of his siblings started using the potty so he's definitely had more accidents. But it's rare. Most days he goes when he wakes up, around noon, once in the afternoon, and at bedtime. He will tell you he needs to go any other times and can hold it until we get there. But I still have him in a diaper at night, mostly because I'm lazy. He wakes up with a dry diaper nine days out of ten but the tenth day he just can't make it and it's a lot of pee! He also has most of his accidents during his nap (see this weekend), so he's still figuring that part out. 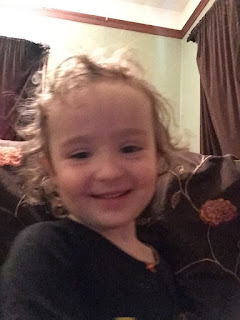 Xavier is quite happy to play on his own at home when his siblings are at school. He enjoys vehicles, especially his matchbox type cars, as well as trains and his dump truck. He cooks in the play kitchen regularly and often pretends to be a puppy dog. He likes to play with his baby doll but does that less on his own than when his sister is around. He loves to play with both siblings and is super excited when Vivian comes home. He almost always gives her big hugs and they now sit beside each other rear facing in the third row of the car because they like to be together. Vivian holds his hand walking up the stairs and they play together for the few minutes he has after she comes home before he has to go for his nap.

He likes imitating Theo as well and wants to do or eat or say whatever the other two are doing, eating, or saying. He's a great climber and has already mastered most of our child locks with his dexterity. He can even open the baby gate if there's enough room to squeeze his finger in.

Xavier has the frustrations of a two year old who wants to do everything for himself combined with the vocabulary of a six year old. It's not the best combination though it's nice he has so many words to use. Luckily we seem to be over the worst of the "I hate you!" phase, so I no longer hear that twenty times a day. He's picked up the phrase "so much" as in I hate you so much or I like that so much. He also says things like "that's weird" (and they are) and "it's spooky" when the lights are off and it's dark in his room. I find myself shaking my head in wonder at some of his adult phrases especially because he uses them correctly. 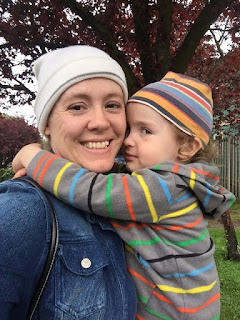 Xavier keeps a running monologue going pretty much constantly but doesn't require responses. He gets fewer words and more frustration when his siblings are home.

We love him so much and are excited to see him grow and learn even more. 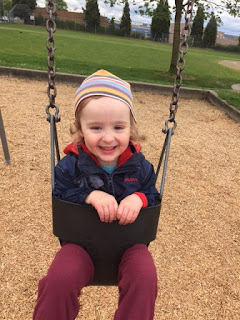